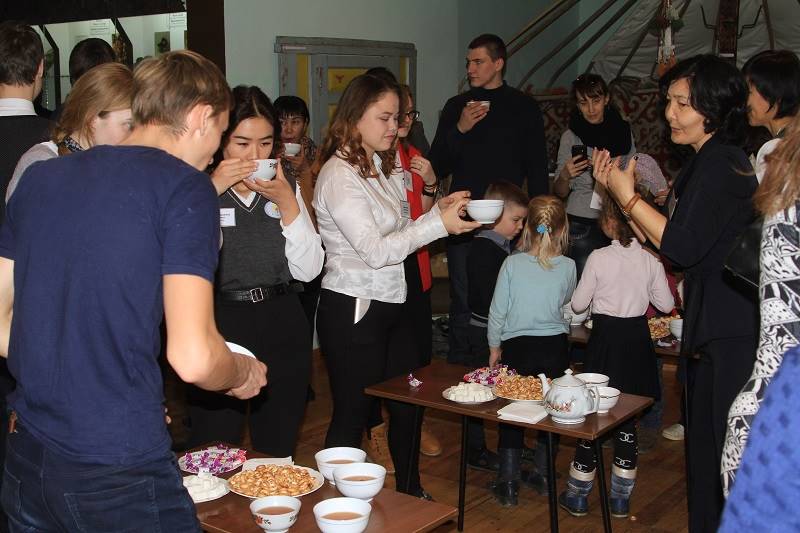 6 November, 2018 celebration of the anniversary was held in the museum of Temirtau city. The festive program of museum penetration "1098 square meters" was presented in honor of the 45th anniversary.

During 4 hours, the guests of the museum were able to visit all corners of 1098 square meters, on which the museum expositions are located. Surprise was waiting for guests in each hall. New interactive zones - Brands of Temirtau city, Primitive Man's Clothes, Ancient Labor Tools, Carpet Weaving, Historical Computer Game, Museum Printing were presented.

The installation zone in which the best projects of the museum were shown for 5 years was located in the exhibition hall.

The festive program included interesting museum activities in a certain place, at a certain time. The opening of the monument of the first exhibit took place in a festive atmosphere. Visitors saw a museum puppet show, took part in the launch of retro exhibits mechanisms, played in a twister museum battle, made a photo in the forbidden areas and participate in an ethnographic tea party.

More than 300 people visited the festival, among them schoolchildren, students and residents of the city, guests from Karaganda, Balkhash and the Rostovka  village.