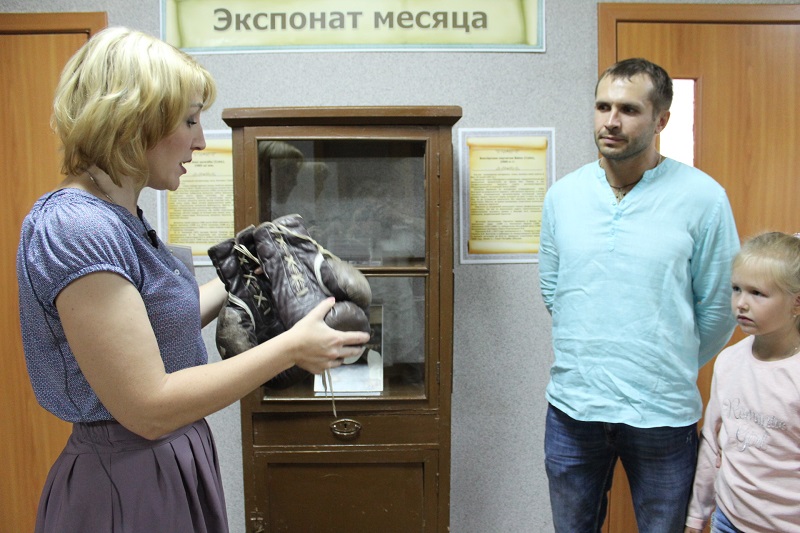 15 August, 2019 another exhibit from the museum’s funds was presented within the framework of the Exhibit of the Month project. The museum presented the boxing gloves of our fellow countryman the World Champion, European Champion, USSR Boxing Champion Igor Ruzhnikov on the eve of Sports Day.

Ruzhnikov Igor Ivanovich was born in 1965 in the Arkhangelsk region. In childhood, he moved with his family to Temirtau. Since 1977 he began to engage in boxing with coaches Ginkel Victor and Vladimir. In 1983 Ruzhnikov I.I participated in one of his first international competitions in Cuba, from where he brought the gloves stored in the museum. In 1989 our fellow countryman became the winner of the world's largest boxing competitions - Championship of the USSR, Europe and the world.

Gloves are a unique example of a boxer's professional ammunition. It made by the famous Cuban manufacturer of sports equipment «Batos» from cowhide ,class A, fastening - lacing, weight - 16 ounces.

The gloves were transferred to the museum funds by I. I. Ruzhnikov in 1988 along with historical documents and photographs from the athlete’s personal archive.

«Exhibit of the Month» was attended by city media, residents of Temirtau.