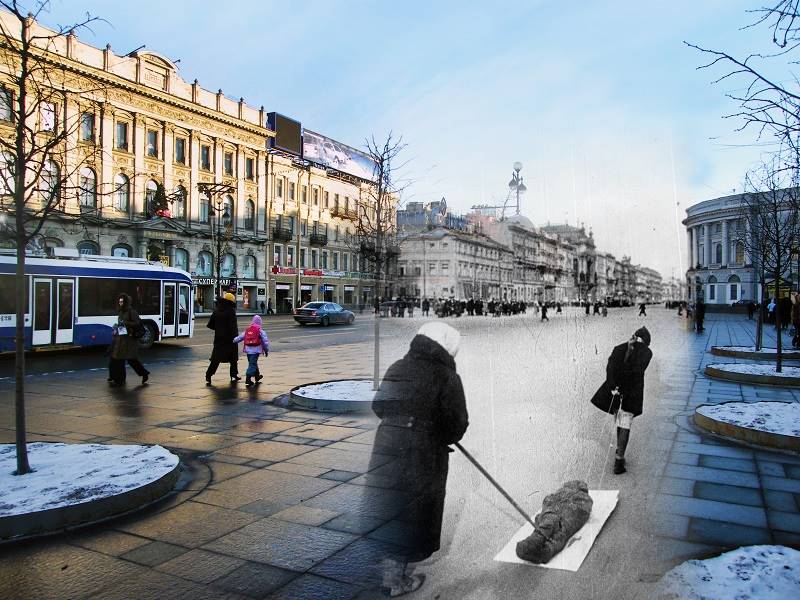 A unique photo project “Blockade Album” was presented the 75 th anniversary of the Victory at the Second World War on 30 January, 2020. This photo project of Sergey Larenkov is prepared by the кepresentative of Russian cooperation in Kazakhstan.

The exhibition was the first in a series of events devoted to the anniversary date. And it talks about the tragic events in the history of the Great Patriotic War.

The exposition included 47 photo collages. Photoes of modern St. Petersburg are skillfully combined with photoes of besieged Leningrad. The work was done due to the superimposition of historical photographs of the war years 1941-1944 on digital photoes taken by the author from exactly the same point and from the same angle. Sergey took photoes of the war in museums and archives, receiving permission from the authors to use them.