Тhe Exhibit of the Month 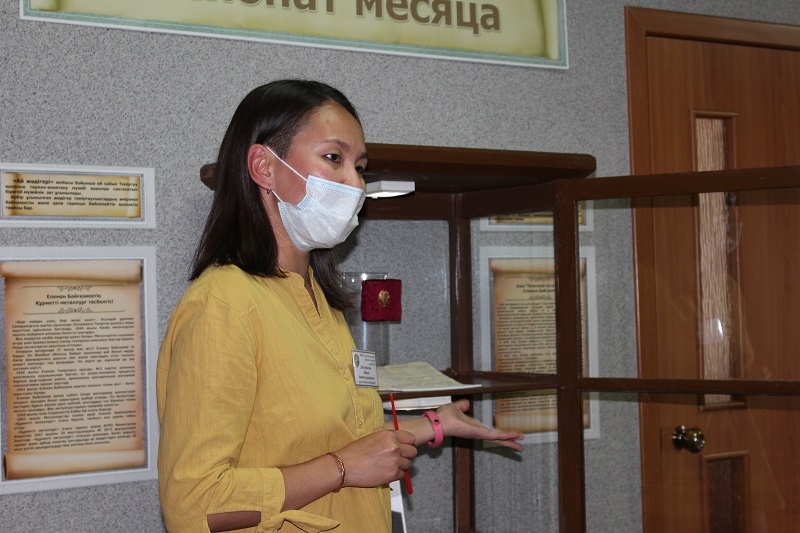 The opening of exposition “Badge” Honorary Metallurgist “E. Baigaziev” timed to coincide with the Metallurgist Day was held in the museum within the framework of the Exhibit of the Month project on July 12, 2021, at 11:00.

The title “Honorary Metallurgist” has a special weight and significance in the Temirtau city, where the city-forming enterprise is a metallurgical factory. On the eve of the holiday of metallurgists, the museum offered to remember one of the most worthy representatives of the profession - Eleman Baigaziev.

He as part of a young Komsomol member’s group was sent to study at the Revdinsky Metallurgical factory, Sverdlovsk Region in order to cover the shortage of personnel at the Kazakh Metallurgicalfactory in 1944.

Upon his return, he worked first as acharger and then as a steelmaker . Soon he became a recognized master of high-speed steel making, a mentor of youth.

In 1958 he received the title of Hero of Socialist Labor, and in 1963 - the title of “Honorary Metallurgist”.