Documentary witnesses. History of writing in Kazakhstan in the XX century 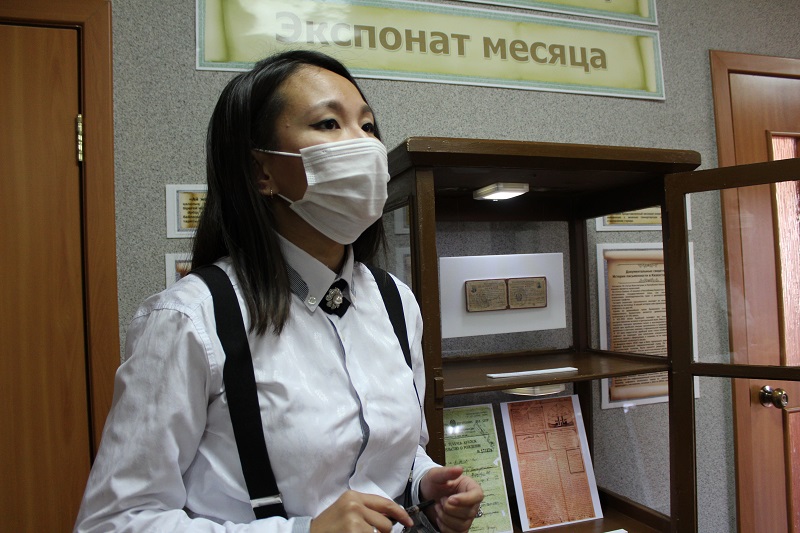 The online exhibition «Documentary Witnesses. History of writing in Kazakhstan in the XX century» was held in the museum of Temirtau city within the framework of the Exhibit of the Month project on September 16, 2021 at 11.00.

A rare document written in the Kazakh language using the Latin alphabet was presented to the viewers.

Today the Kazakh writing is entering a new stage of development - the transition to the Latin alphabet. There have already been transitions from one alphabet to another in our history.

The Arabic script was used in Central Asia and Kazakhstan in theological and secular schools, in official correspondence since the 10th century AD, after many years of wars of the Arab Caliphate for the spread of Islam.

By the 20th century, the shortcomings of the Arabic script became especially obvious, but, most importantly, it did not convey the phonetic diversity of the Kazakh language.

The first All-Union Turkological Congress took place in 1926. The majority of votes decided to develop a new modern alphabet. After numerous discussions, the translation of the Kazakh script into the Latin alphabet was carried out in 1929.

A new alphabet was adopted in Kazakhstan, as a result of the policy of transferring all Soviet peoples to the Cyrillic alphabet already in 1940.

Today's transition was initiated by the First President of Kazakhstan-Nursultan Nazarbayev on October 26, 2017, by signing a decree on the translation of the Kazakh alphabet from Cyrillic to Latin. The President of the Kazakhstan Republic Kassym-Zhomart Tokayev supports the process, repeatedly noting that the information space is constantly transforming. The transition to the Latin alphabet will help the younger generation to organically flow into the new realities, since the information flow is based on the Latin script.