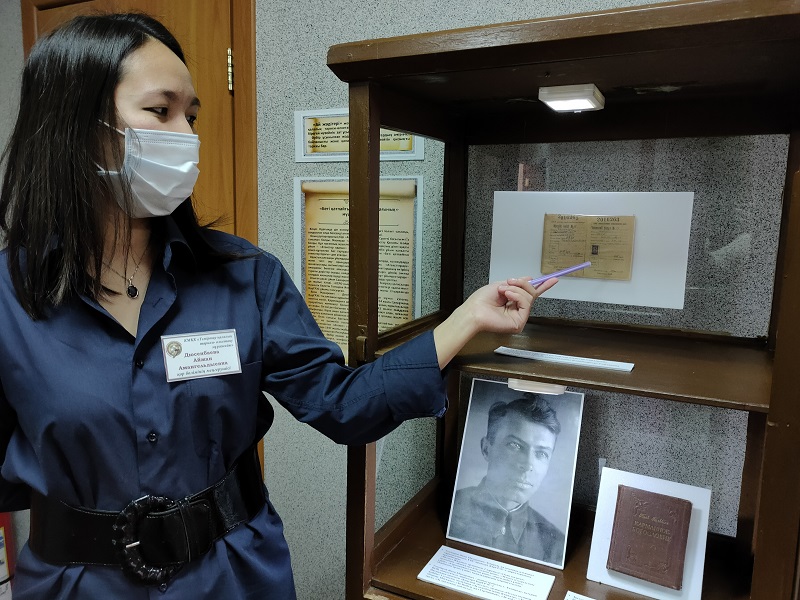 The online exposition Membership card “Union of Militant Atheists” was opened in the museum of Temirtau city within the framework of the Exhibit of the Month project, timed to coincide with the Day of Spiritual Harmony on October 15, 2021 at 11.00.

In the Soviet Union, religion was considered an obstacle to the victory of communism, therefore, active atheistic advocasy was conducted in the country.

One of the first print media to actively criticize religion was the “Atheist” newspaper. Around her a circle of like-minded people formed, who in 1925 created the “Union of Atheists”. Already 4 years later, the organization was renamed the “Union of Militant Atheists” in order to clearly demonstrate the rejection of the moderate line of behavior.

The primary organizations of the Union appeared in factories, collective farms and even educational institutions. Meetings, rallies and demonstrations of “atheists” have become an integral part of the life of Soviet citizens. The activists walked around the courtyards with lectures on the dangers of religion, and sometimes they organized “raids” on apartments - looking for icons in them and shaming irresponsible owners.

A similar cell worked in the Samarkand village, the future Temirtau city. The membership card of the Union of Militant Atheists of the USSR was issued to Yakov Makarovich Goncharov by the Karaganda Hydro Electro Station on November 19, 1938.

Yakov Makarovich is one of the first builders of Kar.HES , who worked on the construction of the Dnieper Hydroelectric Power Station.

Today representatives of 18 confessions live peacefully in the Republic of Kazakhstan. Every citizen has the right to profess any religion or adhere to atheistic convictions, change confessions, engage in religious or atheistic propaganda, and receive religious education.