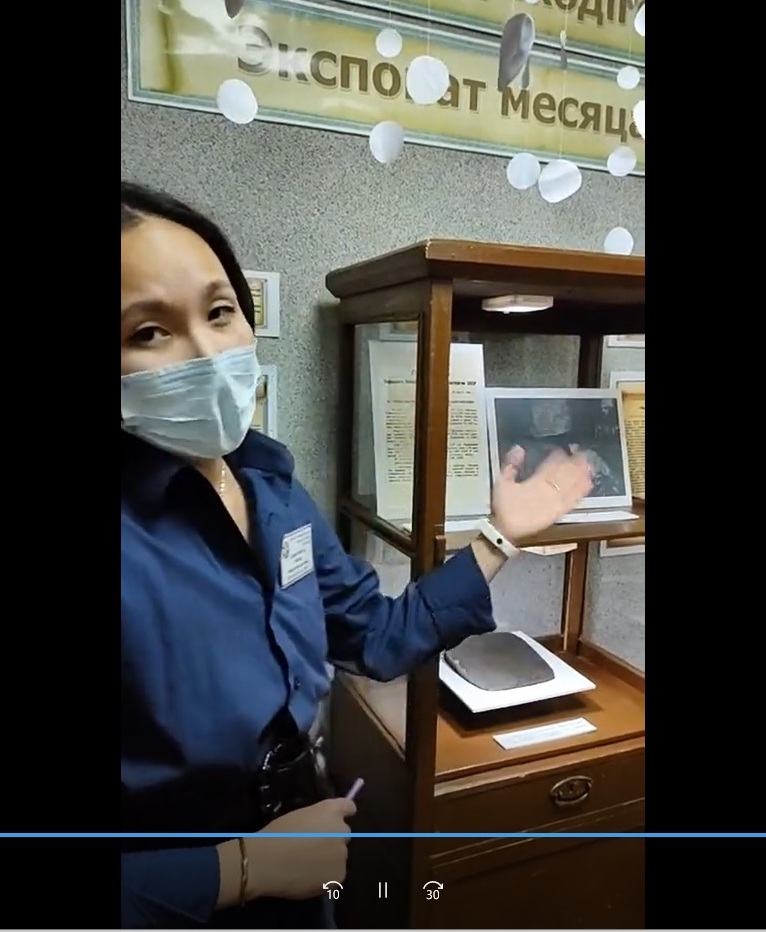 The exposition «First Kazakhstan Steel» was held online within the framework of the «Exhibit of the Month» project on November 28, 2021.

Steel castings 2.5 cm thick and weighing 6 kg- the firstborn of the future giant of the ferrous metallurgy of Kazakhstan was presented to the attention of the museum visitors.

The idea of building a large metallurgical factory in Kazakhstan back in the 30s of the XX century was proposed by a geologist, a full member of the USSR Academy of Sciences, Kanysh Satpayev. Geological exploration began in 1940.

The Great Patriotic War changed all plans. Instead of a large metallurgical factory, the construction of a small processing factory began at an accelerated pace.

The construction of factory was started near the Samarkand water reservoir and the Karaganda Hydro Electro Station-1on October 1943.

The workshops installed equipment evacuated from industrial enterprises of the Caucasus and Ukraine. To solve the problem with the shortage of specialists, young Kazakh men were sent to the oldest factories of the Urals to comprehend the science of steel making.

Heaps of scrap metal and cast iron brought from the front-line regions were prepared at the working site near the open-hearth furnace on December 30, 1944. There was no filling machine yet, so the furnace was loaded by 3 groups of workers of 20 people each, changing every 10 minutes. The download continued 9 hours.

A tap hole was pierced and a stream of molten metal poured into the ladle along the chute at 12 noon on December 31, 1944. This is how the first Kazakhstan steel was produced at the first open-hearth furnace in the republic.

There was still no Temirtau city, no one knew about the Kazakh metallurgical factory, but Kazakhstan steel was already used for the production of weapons and military equipment.