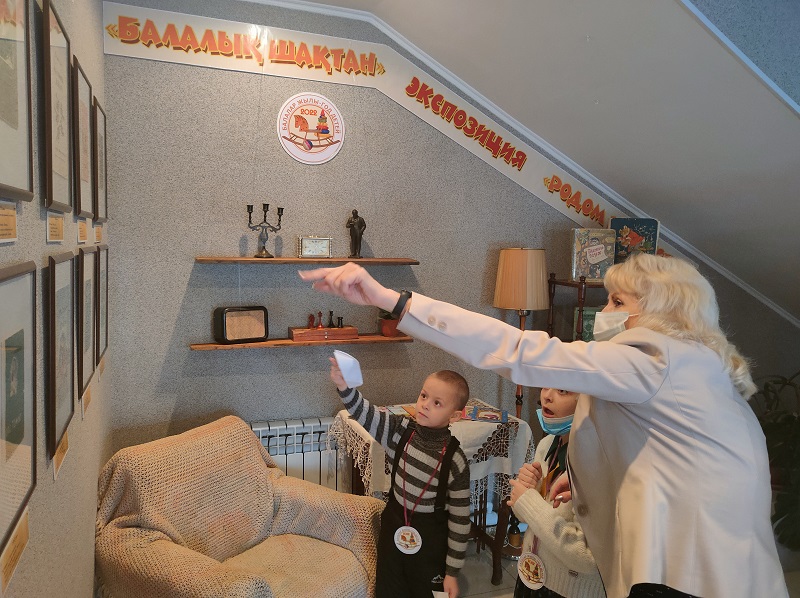 The opening of interactive exposition «Coming from Childhood» was held and devoted to the Year of Children on January 25, 2022.

The exposition used photos and exhibits from the museum's stock collection, which give an idea of the life of Temirtau citys children in the 50-90s of the twentieth century.

Families (parents with children) from the Center for Development and Social Assistance “My House” were invited to the opening. Each of them was solemnly presented with an emblem, which was specially designed by the museum as a symbol of all events and exhibitions devoted to the Year of Children.

The interactive exposition made it possible not only to visually see different aspects of childhood in the period of the 50-90s of the last century, but also to actively engage in the process of cognition. The guests visited different locations, where they were offered creative tasks: