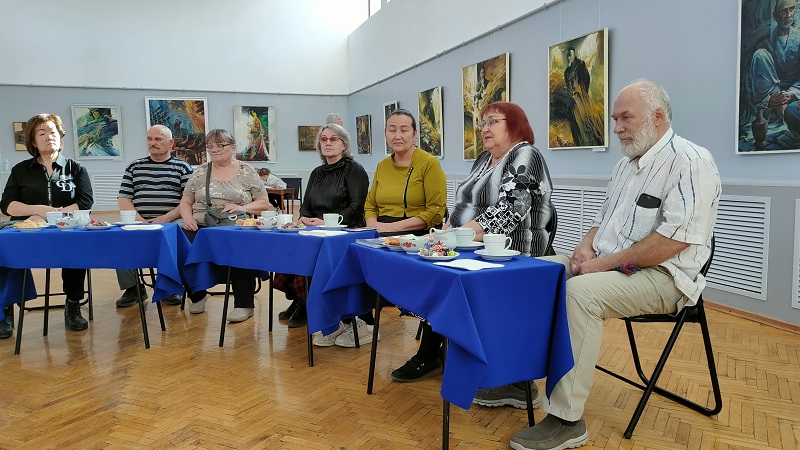 A round table meeting of the сity’s creative intelligentsia “Gatherings on occasion” was held in the museum of Temirtau city on April 15, 2022 at 16:00.

It is devoted to the 95th anniversary of A.I. Osipenko- a member of the Union of Artists of the Republic Kazakhstan Artist’s Union.

Artists of the city, members of the "T-Art" club, representatives of the literary club "Magnet" gathered for the meeting. During the meeting, questions were raised about the role of the creative personality and the artistic heritage of Andrey Ivanovich Osipenko. The participants were shown a video clip about the life and work of the artist.

Tatyana Romashikhina delivered a welcoming speech from the literary club "Magnet". She was supported by her colleagues Olga Vorotynskaya and Ivan Eleftiriadi, who recited poems dedicated to the artist.

Yuri Pil'tikhin, chairman of the T-Art club, spoke with memories of Andrei Ivanovich.

The main issue is the discussion of joint plans for the work of creative clubs and exhibition activities.