Еxposition “On Guard for the Fatherland” 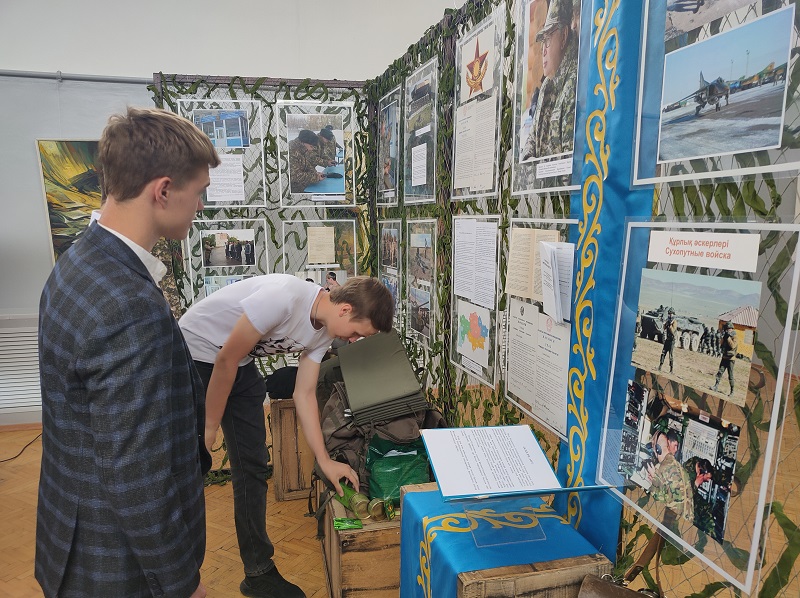 Opening of the exposition “On Guard for the Fatherland”, was held, timed to coincide with the 30th anniversary of the Kazakhstan Republic's Armed Forces of the on May 4, at 12.00 pm

The background of the exposition was a camouflage net, on which uniforms of servicemen of various branches of the armed forces, military ammunition and uniforms provided by Temirtau military units are placed.

Through photographic material, the history of the formation of military units in the city of Temirtau is traced.

To visualize the connection between the modern appearance of the Kazakh warrior and the victories of our grandfathers, the exposition is supplemented by an installation - a photo zone - "Dugout of the Great Patriotic War", which presents exhibits of 1941-45, transferred to the museum's funds by veterans.