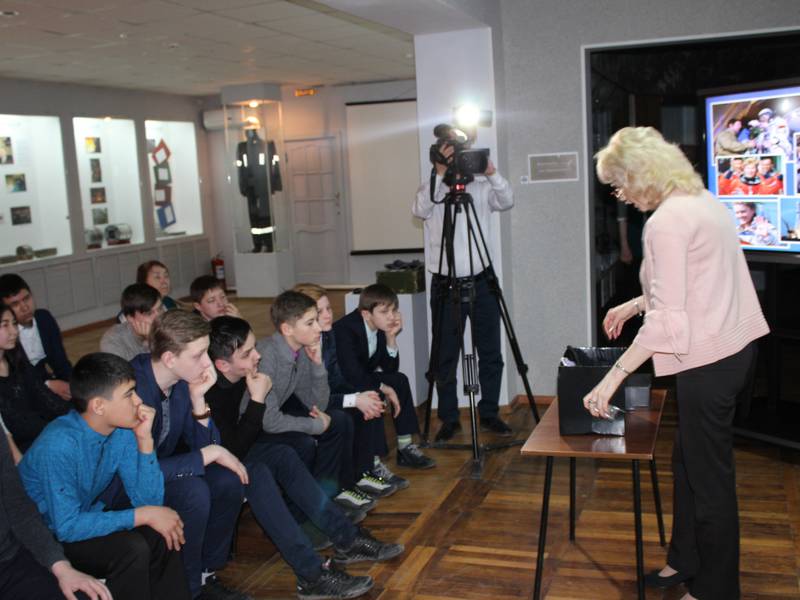 On 12 April, 2018 The opening of the exposition " Women's space" was held in the Local history Museum of Temirtau city. This exposition is devoted to the Space Day and the 55th anniversary of Tereshkova’s space flight.

Photos and documentary material were demonstrated in this exposition. This exposition consists of  2 parts. The first part contains material about Soviet women conquering space - V. Tereshkova and S. Savitskaya. The second part contains exhibits about Russian cosmonauts - E. Kondakova and E. Serova. Material about women in the world that conquered space is presented in a multimedia format. The exposition shows models of space objects –« Peace» station, part of the space rocket and the helmet of the test pilot.

Pupils, representatives of republican TV channels and mass media of the city visited this event.