Interactive-cognitive excursion "I am a patriot of my country" 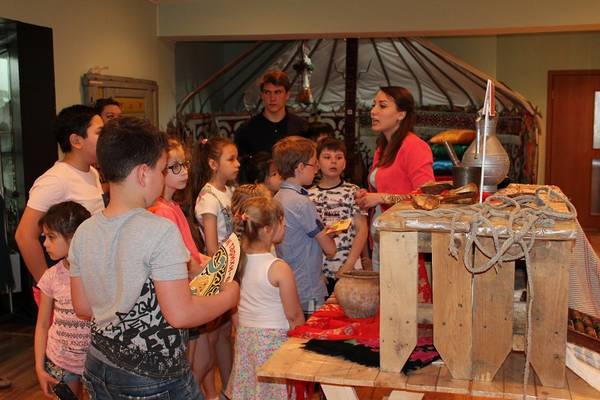 1 September, 2018  an interactive- cognitive  excursion "I am a patriot of my country" was presented in the museum of Temirtau city.

The aim of this event is to educate a sense of patriotism and citizenship.

What is patriotism, what is it manifested in? What does it mean to be a patriot of your country? Who are patriots? What are the aims of Kazakhstan's patriotism?

The pupils found out the answers to all these questions by visiting our excursion.

This excursion was held in 3 locations.

In the first location the students got acquainted with the State Symbols of the Republic of Kazakhstan, the main Law of the Republic of Kazakhstan thanks to multimedia capabilities and through interactive cognitive games. They made a virtual trip to the Astana city. During the excursion the pupils got acquainted with the biography of our President. The excursionists for a moment felt themselves defenders of the Motherland, disguised in a soldier's uniform, holding shells and a holster from a pistol in their hands.

In the 2nd location the pupils got acquainted with the culture of the peoples who live in our city, studied the etiquette of greetings, set the table, meeting representatives of Kazakh, Russian and Korean nationalities.

The pupils learned about the history of the creation of the national currency - tenge, as well as gold and silver coins of the highest quality "roof", having made an excursion into the past. All those wishing minted the Kazakhstan’s coins.

In the third location, the pupils learned about outstanding personalities, the founders of the Kazakh Khanate Kerei and Janibek and about those who contributed to its formation and strengthening. 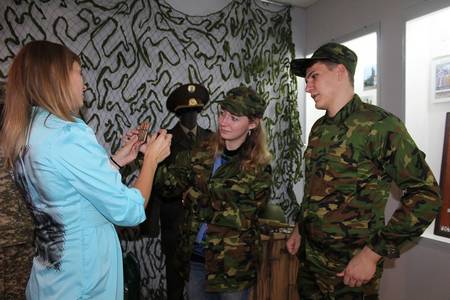 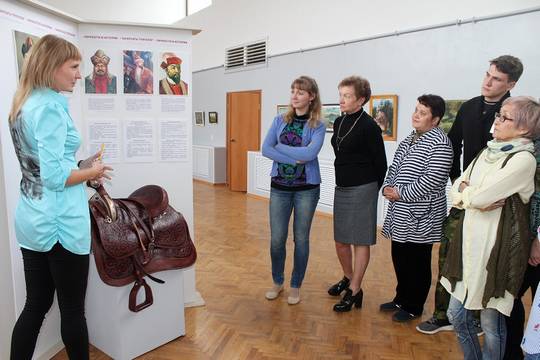