Dialogue platform "Religions for the safe world of the XXI century" 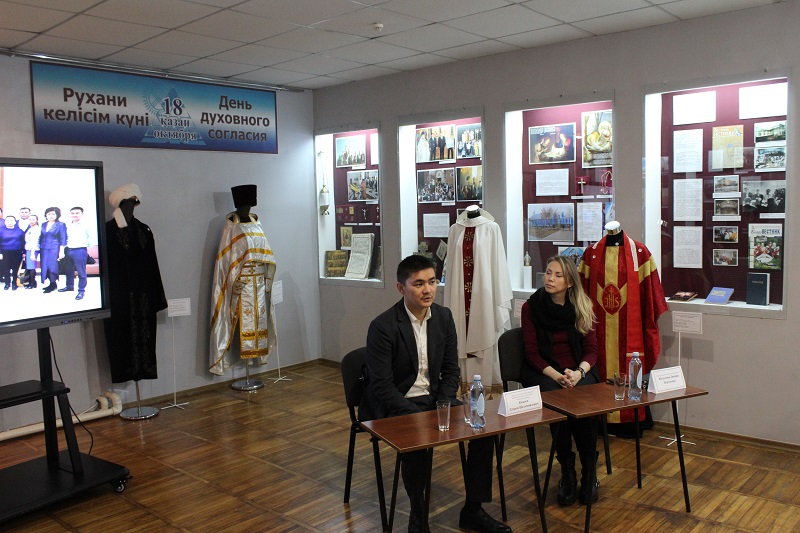 16 October, 2018 dialogue platform "Religions for the safe world of the twenty-first century" was held in the museum of Temirtau city. Guests and participants of the meeting were:

10, 11 October, the VI Congress of World and Traditional Religion’s leaders was held in Astana city. The themes of preserving peace and preventing the manifestation of radicalism and extremism were discussed at this congress. It was the occasion for a constructive dialogue in which participants were able to get answers to theological questions concerning religious terrorism.

Kanaev Dauren Shigeniyovich shared his impressions and problems that were discussed at this congress.

The guests got acquainted with the exposition "The History of World Religions in the Context of Modern Time". Photos and documentary material about the  Congress of World and Traditional Religion’s Leaders in Kazakhstan, legislative material on religious issues are presented in this exposition. More than 60 authentic, unique religious objects dating from the 18th-20th centuries are demonstrated in the section “History of World Religions”.

Zhunusova Dinara Nurtaevna- the head of the Department of internal policy of the Temirtau city summed up the results, noting the tasks that confront the younger generation in maintaining peace and harmony. 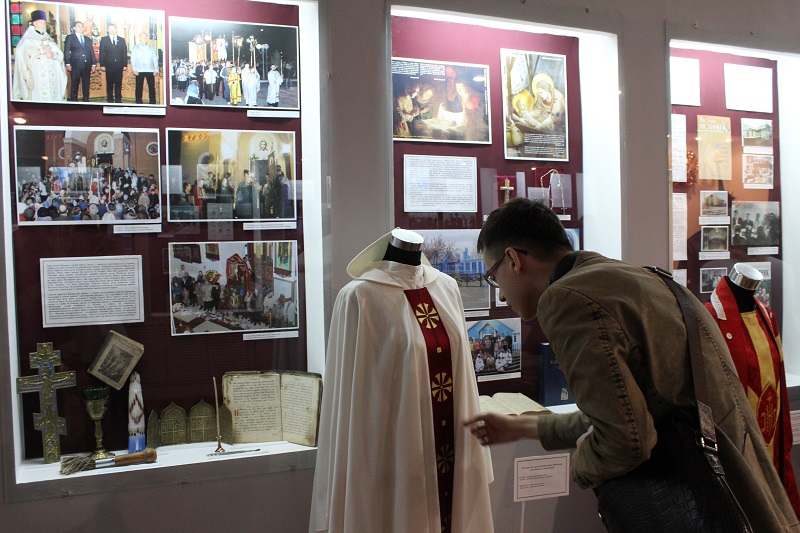