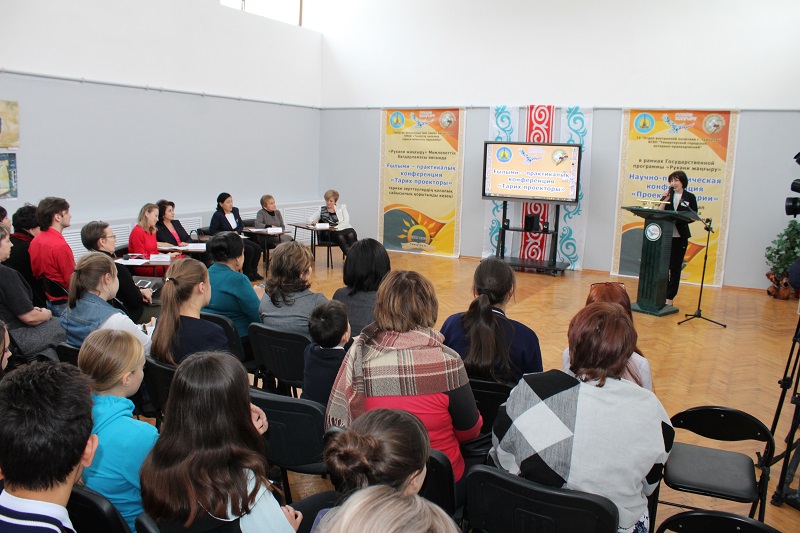 16 November, 2018 - scientific-practical conference "Projector of History" was held in the museum of Temirtau сity. This final stage of the city competition of historical research was held in the framework of the long-term project "Туған жер", organized by the State Institution "Department of internal policy of Temirtau city".

This competition started on september 1, 2018. 12 educational institutions of the city were participants in this competition and presented 22 historical researches. The age of researchers from 15 to 20 years.

The task of the contest participants was to make a historical research on the following topics: “At the source of Temirtau”, “Epoch of totalitarianism in the history of my family”, “Family Relic”, “Valor and courage”.

9 projects protected at the scientific- practical conference were admitted to the finals.

The main criteria for evaluating the finalists were: the depth and breadth of the study, using of archival, documentary, photo materials and memories; authorship of the project, design and emotionality.

The winner of the competition was Starikovskaya Alina, a pupil of the City Gymnasium No. 1. She revealed the history of the Temirtau city through the biography of her family. The family album became the basis for the research, from photos, supplemented by family and archival documents, the story was restored from the beginning of the 20th century.

Second place was given to  Alimbekova Assel for the research of the metallurgist's biography, the party leader Smagulov T.S.

The third place was given to Baibeketova Asel and Turikpenbaeva Aigerim for research the combat way of the soldiers-internationalists.

The expert commission of the competition included the head of the "Department of Domestic Policy of Temirtau city" Zhunusova D.N, the deputy chairman of the Assembly of Kazakhstan's people D.I. Kasapidi D.I, the head of the Temirtau local history museum Skorikova N.D, the chairman of the Russian Ethno- Cultural Association Gezha S.K,  Professor of Historical Sciences Soltanova M.S.

This competition showed the interest of the younger generation in studying the history of their native land. Materials collected by the participants of the competition will be part of the museum's funds.