«Events that changed the world» 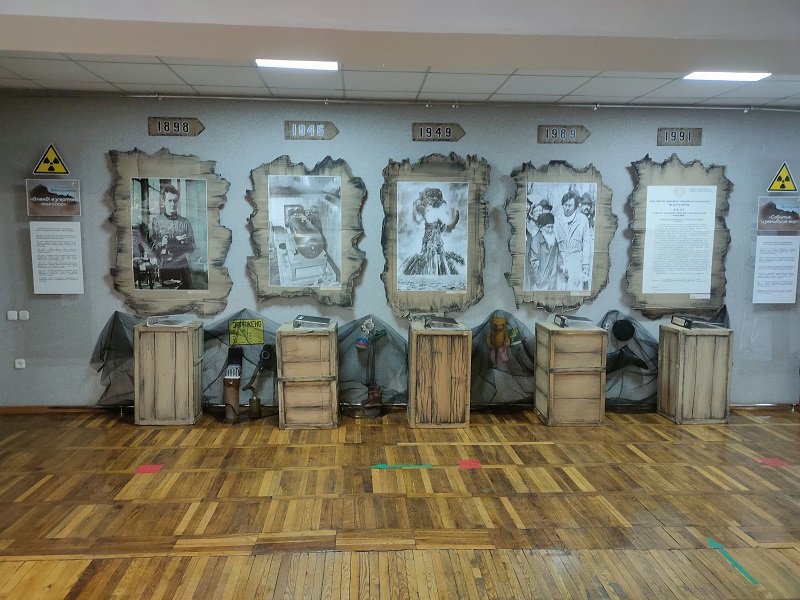 The exposition “Events that changed the world” was opened in on April 27, 2021. It is devoted to the 30th anniversary of the Semipalatinsk test site’s closure of the and the 85th anniversary of O. Suleimenov .The exposition was created using photographic documents and exhibits in the style of emotional chaos.

Information blocks of the exposition chronologically reveal the topic of nuclear weapons in Kazakhstan and the world:

1898 - M. Curie discovered a substance in the uranium mineral that emits a large amount of radiation. This discovery became the basis for the creation of nuclear weapons.

1945 - For the first time in combat mode, the United States tests nuclear weapons created as part of the Manhattan Project. The Japanese cities Hiroshima and Nagasaki were bombed.

1989 - organization of the international movement “Nevada-Semipalatinsk”. Kazakh poet and public figure Olzhas Suleimenov became the leader in the fight against nuclear explosions.

1991 - the President of the Kazakh SSR N. Nazarbayev adopted a decree on the closure of the Semipalatinsk nuclear test site. Kazakhstan chooses the position of a nuclear-free state.

On the basis of the exposition in the Meet up format (dialogue platform), a discussion was held with students of the 9th grade of secondary school No. 6 questions on the subject of the exposition.