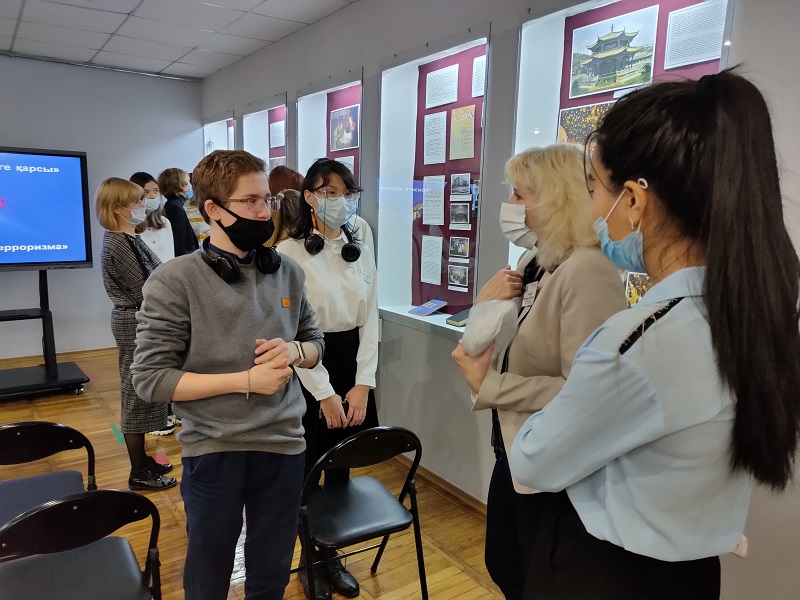 A constructive dialogue on the topic “Religions against terrorism” was held in the museum of Temirtau city to the Day of Spiritual Harmony on October 18, 2021.

The museum held an event in the format of dialogue on the basis of the exposition material presented in the “History of World Religions” hall within the framework of educational activities. The participants were the pupils of the city's schools.

Issues of religious jihad and its historical aspect, participation and involvement of young people in international terrorist groups were considered, a list of terrorist and extremist organizations, whose activities are prohibited on the territory of the Kazakhstan Republic were sanctified.

During the event, a multimedia presentation was used based on video and documentary material filmed by the press service of the National Security Committee of the Kazakhstan Republic