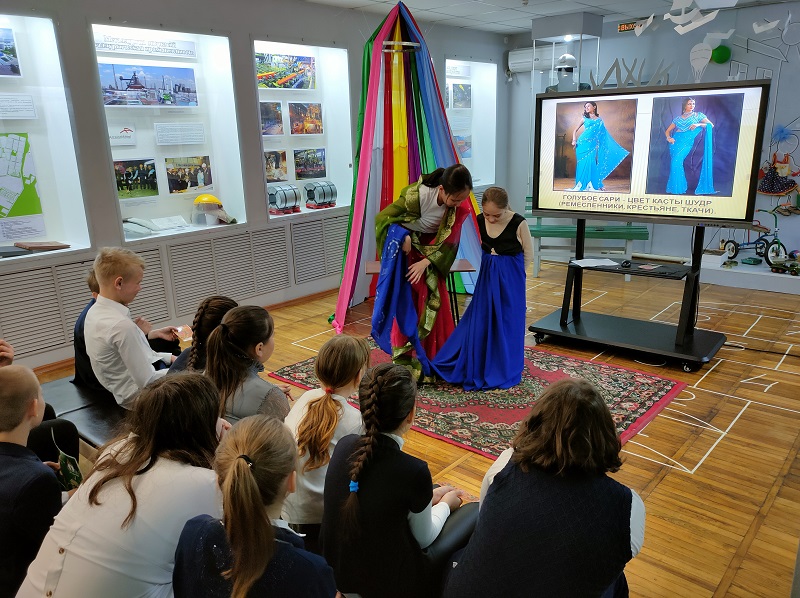 A fair of folk traditions "Құrakқ korpe" startedin the museum on the occasion of the Kazakhstan People’s Unity Day on April 25, 2022.

Participants of the quest, having visited the ethno-town and having completed the tasks, collected - Құрақ көрпе. With the help of a guidebook, they passed the ethno-town:

Ethno-hanok: where teacher taught how to write Korean characters, shared the secret of making national dish- noodles, the sightseers learned to eat with chopsticks.

Ethno-gao: Craftswoman Gita shared her secrets of sewing a sari, and explained what a “choli” is, where gold embroidery is used, how many outfits an Indian woman should have in her wardrobe, etc.

Ethno-yurt: the sightseers were met by a master, and told about Kazakh hospitality, revealed the secrets of weaving. The sightseers created their own baskur and stole the yurt.

Ethnohouse: Marya, a craftsman, practiced spinning. She showed real shears for shearing sheep from the beginning of the 20th century and told how to work with them, revealed the secrets of wool processing and how to prepare the primary thread.

The participants of the quest were pupils of the school №6.