The opening of the event «Language academy» 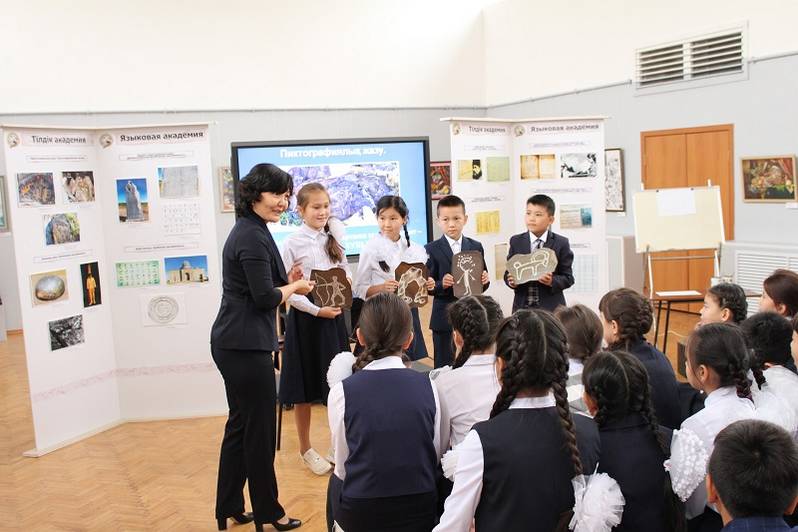 10 September, 2018 an  event "Language academy" was opened in the Temirtau Museum of Local history. This event was timed to the 20th anniversary of the Language Day in the Republic of Kazakhstan.

Pupils of the Kazakh school № 8 got acquainted with the history of the Kazakh script from the  petroglyphs, Turkic runic letters to the modern Kazakh alphabet on the basis of Latin graphics, thanks to multimedia capabilities, through interactive- cognitive games. The exposition presents unique exhibits such as the Koran in Arabic of the 19th century, the Gospel in the Church Slavonic language at the end of the 19th century,  the silver Arabian coin Dirham. Also books for the blind, a manual for teaching the skill of writing for Braille were presented to show special forms of speech of people with disabilities.

Pupils were invited to pass language tests and participate in interactive game moments: to become an ancient person, draw a message to the leader, build a "language" tower, write runic and Arabic letters, learn the language of deaf-mutes. 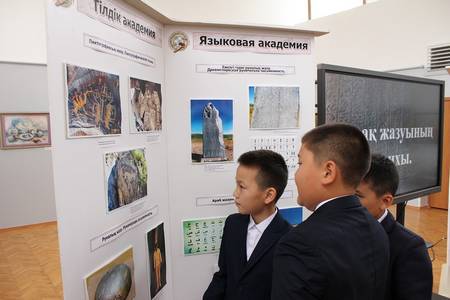 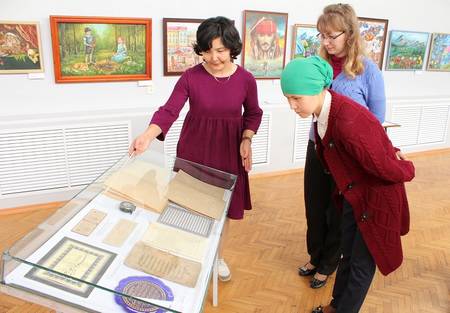