Exhibit of the month 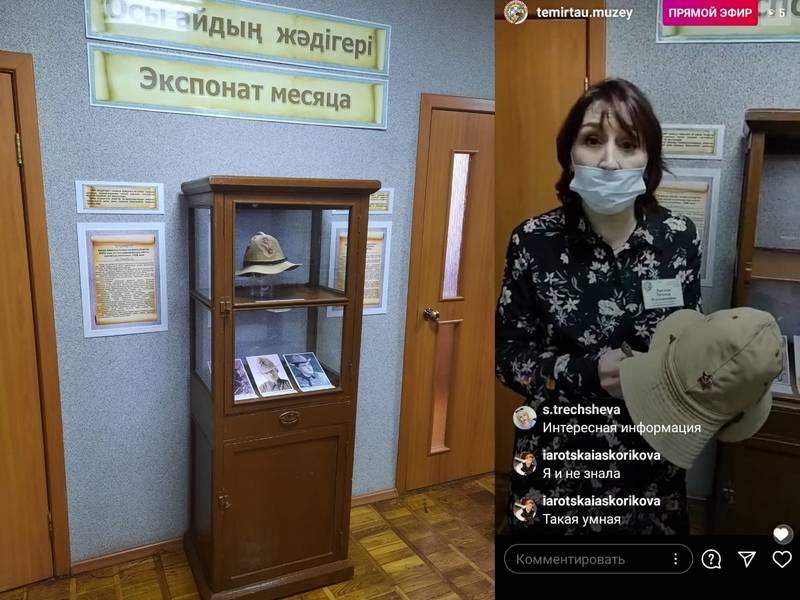 The exposition “Exhibit of the month” was opened in the museum of Temirtau city on February 15, 2021. This exposition is devoted to the Day of withdrawal of a of Soviet troops’ limited contingent from Afghanistan. An army panama of the Soviet army soldier for the hot regions of the USSR, a model of 1969 was presented.

Army panamas have been included in the kit of the Soviet army servicemen since 1935, however, it is the appearance of the 1969 panama that is associated with the participation of the Soviet Union in the war in Afghanistan (1979-89).

These panamas were worn by military servicemen while serving in training units in the Central Asian and Turkestan military districts and then in Afghanistan.

The uniform of Soviet military personnel in Afghanistan began to change since the mid-1980s, given the many complaints about the 1969 military uniform. The headdress was also changed: the army hat was replaced by a cap.

Panama is sewn of thick cotton fabric, has ventilation holes, varnished chin strap and was made at the headwear factory in Tashkent city in 1988.

Army Panama was donated to the museum funds in 1990 by V.G Bodryagin.

The opening of the exposition took place live on Instagram. The exhibition will run for a month.